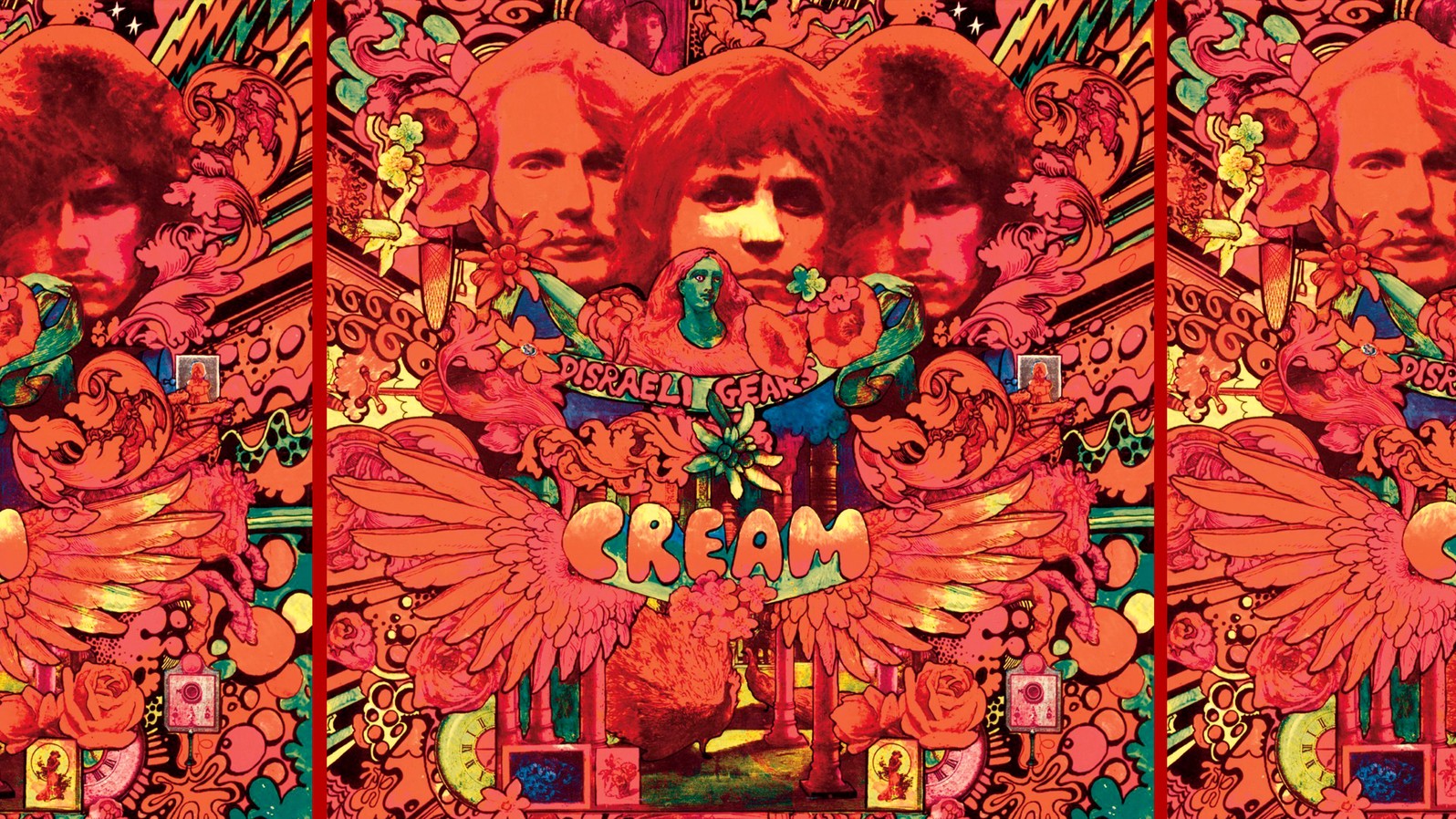 The front of this “Disraeli Gears” record cover by Cream could only be an advertisement for a psychedelic drug. LSD for example. A cover like a hallucinogenic trip, typical of the late sixties, also known as the psychedelic era.

The creator of the cover is Martin Sharp, an Australian pop artist who moved to London in 1967 to live in the same apartment as Eric Clapton, Cream's guitarist. Sharp would design the cover of Cream's second album. His idea was to capture the sound of the band, which he experienced as warm fluorescent, in the cover art.

To fully experience this sound, he used a lot of psychedelics while listening to the songs. It caused intense laughter on the part of the artist, so he must have been using some heavy stuff, because there's nothing cheerful about Cream's music. He also experienced colors differently than in a sober state, and of course everything moved, as befits a psychedelic trip. It’s all clearly visible in the cover art.

Sharp was not the first artist to design psychedelic covers. This honor is credited to The Beatles, also not averse to psychedelics like LSD, with “Rubber Soul” from 1965. With a deliberately distorted photograph and cartoonish lettering, the cover design anticipated the 'drug induced art' of the second half of the decade. By the late 1960s, hundreds of album covers were adorned with fluorescent colors and flamboyant typography. Cream was therefore relatively quick to adapt, with “Disraeli Gears” in 1967.
The psychedelic era may not have lasted long, but it was sufficiently intense to influence the next generation of artists, arriving with prog rock in the early 1970s. This influence is clearly noticeable in Roger Dean’s covers for Yes and Storm Thorgerson’s for Pink Floyd.

“Disraeli Gears” isn’t featured here just for its cover. The album gave rise to many new music genres such as jazz fusion and, according to some, progressive rock as well. The album contains legendary songs such as Sunshine of your Love and Tales of Brave Ulysses. The craftsmanship of guitarist Eric Clapton, bassist-singer Jack Bruce and drummer Ginger Baker earned Cream the label supergroup.

Critics consider Baker, who passed away in late 2019, to be one of the best drummers ever. In his style he united jazz, blues and African influences. Baker was one of the first pop percussionists to travel to Africa to study ethnic rhythms.

However, his fiery temper made cooperation difficult. He has been immortalized as the drummer of The Muppets’ houseband, sporting a head of wild red hair and going by the name Animal. Brilliant, as he accompanies the Puerto Rican actress singer Rita Moreno on the soft jazz song Fever. There’s no need for psychedelics to make one burst into laughter.