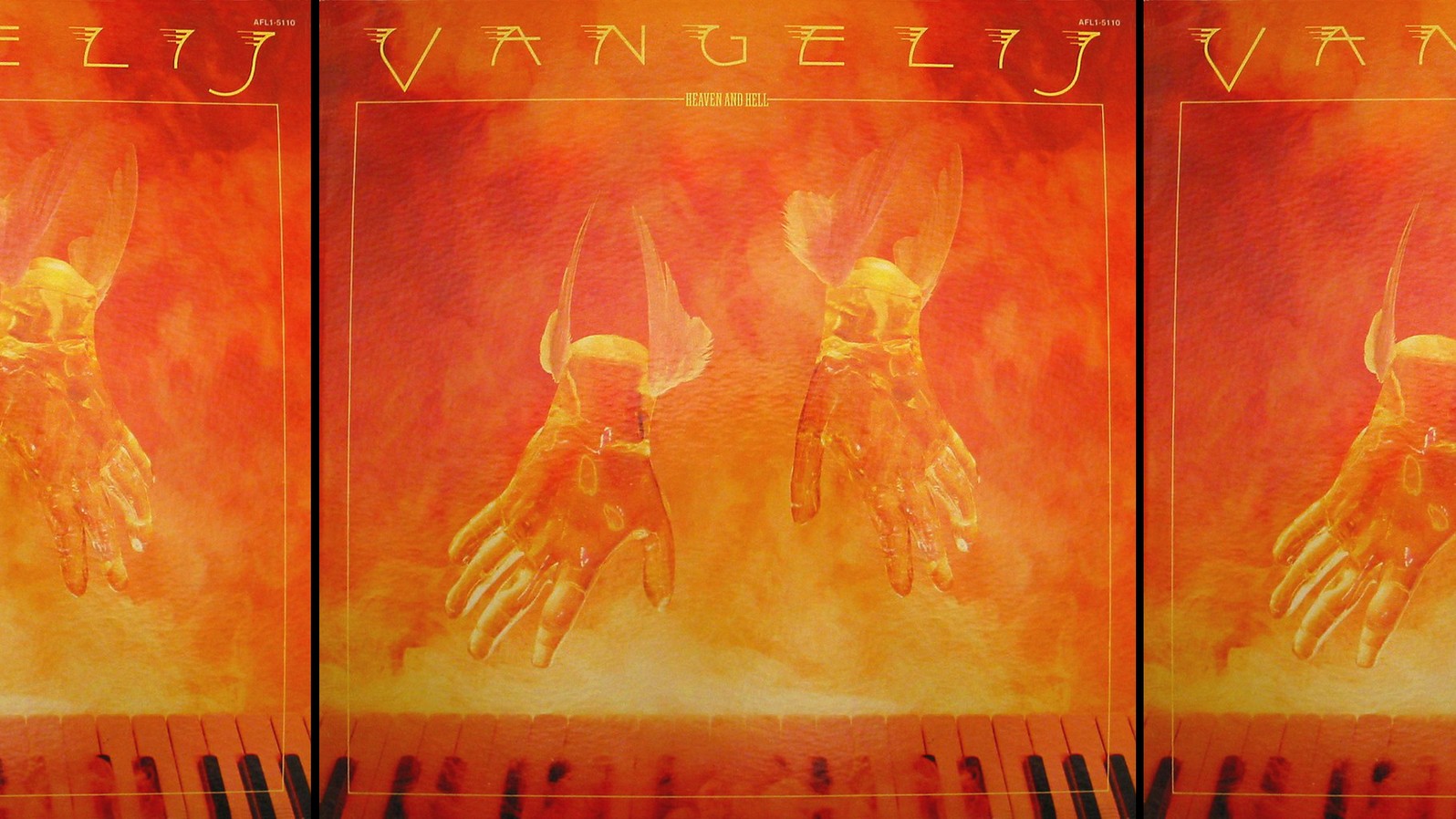 Story behind the record sleeve: Heaven and Hell [1975] - Vangelis

If a movie is ever made about my life, it will start with the image of a classroom during psychiatry classes. A video is shown of a schizophrenic girl listening to Vangelis' album Heaven and Hell.

As a student, I was drawn to this image and the music as if by a magnet. The video turned out to be shot at a therapeutic center for psychiatric patients in Leuven, Belgium. They worked there according to the principles of anti-psychiatry, a health care movement that swept across Europe in the early 1980s. Thanks to an Italian law in the early 1980s, all mental institutions had to be closed within a month because they were considered oppressive to patients. Small-scale was the magic word. Patients were no longer allowed to be called ‘patient’. He or she went to live in a small-scale housing, in the middle of a neighborhood of a city or village. Just living among 'normal' people.

Likewise in Leuven. The video of the community with psychiatric patients turned my life upside down. That was the place where I wanted to do an internship. The teachers supported my efforts and arranged the internship. That took quite a bit of effort, because the Netherlands did not yet recognize these kinds of alternative places as internships. But it worked and I traveled to Leuven.

Music played a central role in the guidance and treatment of the residents. I was assigned to mentor Angela, a very introverted girl who barely spoke and completely withdrawn. The only interaction I had with her was through Vangelis' music. We didn't say much; I took Vangelis’ records with me and played them to her. She loved it. Slowly she started to open up a little more. ‘I also like this song’; she would say, for example when we played Irelande by Opera Savage. And she could listen endlessly to So long ago, so clear from Heaven and Hell, with Jon Anderson of Yes on vocals.

After three months she started to tell me something about what she had experienced as a child. Very sad indeed. Her stepfather had knocked all the confidence out of her. That trauma would never fully heal, that became clear to me. Yet she came out of her room more and more often and made some contact with the other residents. That was a great step forward. It did her good. Little by little she started to trust other people again.

My internship was over. I said goodbye to Angela. 'Thank you for the beautiful music' she said and gave me the LP Short Stories by Jon & Vangelis as a present. Our ways parted. I got my diploma and went to work in different hospitals. I regularly visited the residential community. It was always an oasis of calm and tenderness. Angela kept getting stronger. She was able to work as a therapist.

Every now and then I would bring a new LP by Vangelis and discuss it with Angela. We agreed on one thing. Vangelis went a bit too commercial with popular tunes. Heaven and Hell remained our favorite album.

The community ceased to exist and I lost track of Angela. She must be thrilled that I'm writing about record covers now. ‘Carpe diem’ was her message to anyone who would listen. We never discussed the cover of Heaven and Hell in detail at the time. We didn't even know it was designed by Paul Wakefield, the illustrator who also created the album cover for Supertramp's Crime of the Century. Apparently he has a thing for hands.
We also didn't know that there were different versions of this particular cover in circulation. Like the one with a gatefold cover on which Vangelis is seen playing live behind some twenty keyboards. We did know that Vangelis had almost played in Yes, when keyboardist Rick Wakeman left the group. Due to Vangelis' contractual obligations, this never took place. Jon Anderson and Vangelis did become good friends; their bond delivered worldwide hits such as I Hear You Now and I'll Find My Way Home.

I still regularly play Heaven and Hell and I think back to those special times in Leuven. It seems so long ago, but the images are still crystal clear in my mind. ‘So long ago, so clear’.

The movie about my life may end with my funeral with this song in the background. But hopefully this will take a while.