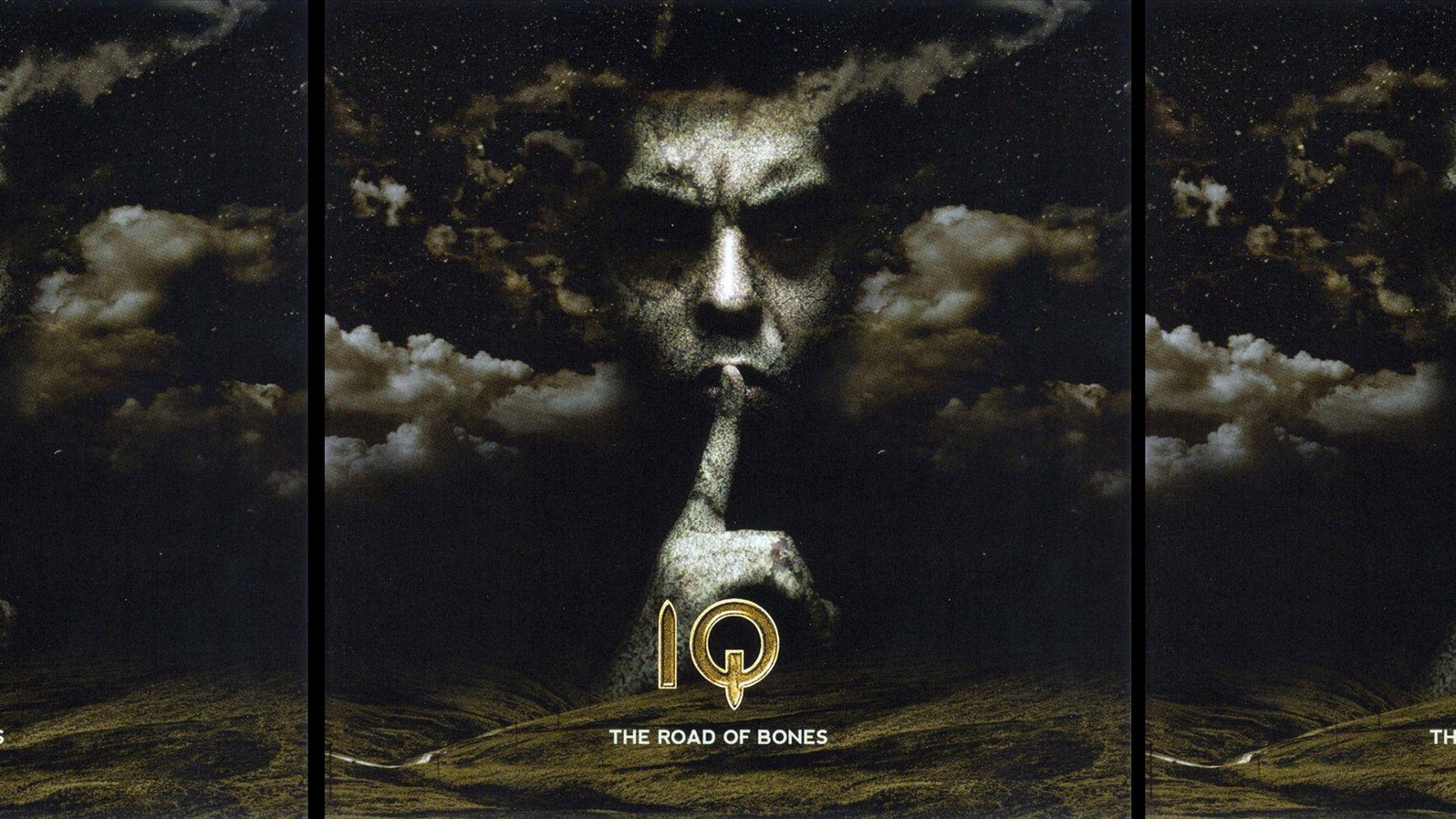 Peter Nicholls, the lead singer of IQ, is discussing the ideas behind the title of the album ‘The Road of Bones’. It was during a plane trip, when he was leafing through the pages of an airline magazine, that he saw a photograph of a statue built for deceased political prisoners who, in 1930s Russia, had to work in appalling conditions on a highway, the R504, by order of Joseph Stalin. The road is 2032 kilometers long. Approximately from Rotterdam to Athens, in comparison. Thousands of forced laborers died during its construction and the statue was erected in their honor. The road is now promoted as a tourist attraction entitled 'The Road of Bones'.

“The name appealed to me right away,” remembers Nicholls. “It sounded very atmospheric and sparked ideas in my head. I thought, this could be the title of our new album.” He was working on a song about a serial killer with guitarist Mike Holmes. At the time, Holmes was a fan of Danish and Swedish crime series such as 'The Bridge'. “In the song, the killer is controlling a small town by committing these murders but deliberately leaving clues,” Nicholls explains. “He wants his night’s work to be discovered.” The villain is often a psychopath who almost hates himself. “Almost…” Nicholls sings on the title track, one of the highlights of IQ's 40th anniversary.

Humans are weird. We turn a gruesome history into a tourist attraction and we love to watch the work of a psychopath, at least on TV. The same applies to me. I devoured all four seasons of 'The Bridge'. Fortunately, it always ends well and the policewoman manages to catch the killer.

Back to the cover. Many music fans think that ‘The Road of Bones’ is a concept album about a serial killer but it’s not, as Nicholls reveals. “Only the title track concerns the killer. The rest of the songs have lyrical connections but the album isn’t a concept piece.” Previously, Peter Nicholls contributed the cover artwork for a number of IQ albums himself, ‘Tales From The Lush Attic’, ‘The Wake’ and ‘Ever’, but the image for ‘The Road of Bones’ was created by designer Tony Lythgoe, who came up with the concept of the country road and the man in the clouds with his index finger to his mouth, like a silent gesture. As a result, you can speculate endlessly about this cover. Silence about Russia’s history, for example? But that's not what this is all about.

Peter and the other band members loved Tony’s concept and the idea was further developed. On the inside of the cover, we see Nicholls's hand holding a rock, indicating the grave of one of the killer’s victims. On the back cover we see a shovel and a man in a long black coat walking away. This person is also Peter Nicholls. Not that he buried anyone. It's just entertainment. That's what Nicholls is all about. He simply loves to play the crowd during live performances. He trained as an actor in his early years but preferred to work in music, singing and writing lyrics.

But the actor in him is still very much alive. Especially for the song 'The Road of Bones' where he comes into his own. It's one of the few songs where he doesn't have to stick to a fixed pattern. He and keyboardist Neil Durant together build the tension at the beginning. That's what makes this song so special and intense in a live setting.

Every time a record and its cover roll off the press for the first time, Peter is thrilled. He gets goosebumps when he holds the finished product in his hands. For him, the cover art is as important as the music. “A great cover becomes synonymous with the music. ‘Brain Salad Surgery’, ‘Diamond Dogs’ and ‘Selling England By The Pound’ are great examples of that, especially on a vinyl album cover.” I am also a huge fan of records and that creates a bond with IQ and its friendly singer. IQ covers are true gems.

In any case, it is very enjoyable when IQ perform at rock venue De Boerderij. During their Christmas show – which took place at Easter this year after being postponed because of Corona – guitarist Holmes wears large wings, as if he was an angel. Quite a hassle backstage, attaching those wings to his back. They were so big, he could hardly get them through the door. We had to guide him and give directions to arrive safely on stage. A fantastic performance followed.

IQ is scheduled to once again play at De Boerderij in December. The song 'The Road of Bones' will be featured in the set list again, I’m sure. And for the observant spectator: guitarist Mike Holmes is watching from the audience at the beginning of the song. Without wings.

Thanks to Peter Nicholls